Photoactivity Performance of TiO2/cellulose and ZnO/polystyrene; Intensified Effect of Oxidants on Degradation Efficiency of Acetaminophen

The photoactivity of TiO2 and ZnO deposited on cellulose and polystyrene was investigated. The synthesized catalysts were characterized by SEM, XRD, and FT-IR. The X-rays diffraction pattern showed that the TiO2 materials were mainly composed of anatase phase with a small amount of rutile phase. Peaks found for ZnO are assigned to well crystallized ZnO oxides. The SEM images confirmed the dispersion of TiO2 particles and ZnO nanofibers on cellulose and polystyrene, respectively.
The photoactivity of the two catalysts was tested for the degradation of acetaminophen. Results showed that for an initial drug concentration of 10 mg/L, the removal of the pollutant under UV light in the presence of TiO2/cellulose reached 80%. Under the same conditions, ZnO/polystyrene was inactive under UV, visible and solar radiations. The study of the effect of H2O2 and K2S2O8 as oxidants showed that the peroxydisulfate (S2O82-) exhibited an intensified effect on degradation efficiency of the pollutant; in fact, in the presence of TiO2/cellulose and ZnO/polystyrene, respectively 85.4 and 93.1% of acetaminophen was removed from the contaminated solutions after adding 1mmol/L of S2O82-. The present findings reveal that under UV light, the photocatalytic systems TiO2-K2S2O8/cellulose and ZnO-K2S2O8/polystyrene show promising results for treating effluents charged with acetaminophen. 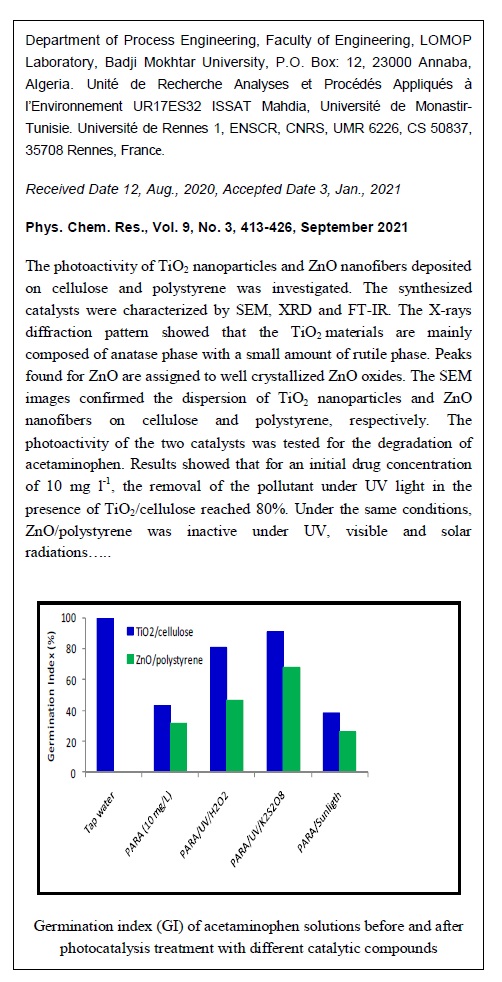 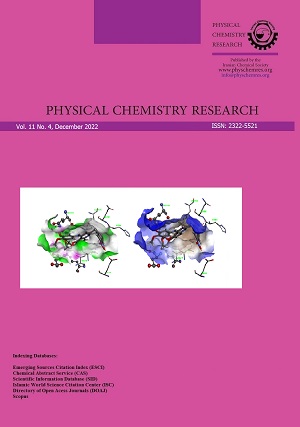