Polyaniline-(Ag-Au) alloy nanocomposites (PANI-(Ag-Au) ANC) were synthesized by an interfacial polymerization method using ammonium persulphate as oxidant at the water/chloroform interface. Ag+ & Au+ ions from the AgNO3 and HAuCl4 solutions were taken in the formation of PANI-(Ag-Au) ANC. The structural variation of incorporated silver and gold in polyaniline were confirmed by X-ray diffraction (XRD) tool. Particle size and its distribution are clearly observed from transmission electron micrograph (TEM) images. Surface morphology and bonding nature of the above prepared sample was studied by scanning electron micrograph (SEM) and infrared (FT-IR) tools respectively. Presence of Ag and Au metals in the sample is confirmed by EDX analysis. Thermal behavior of the alloy nanocomposite sample was studied by thermo gravimetric method. Adsorption behavior of the sample for heavy metal ions like Pb2+ and Hg2+ were studied and are evaluated by atomic absorption spectrometry (AAS). This result shows the considerable adsorption of heavy metal ions on the ANC. 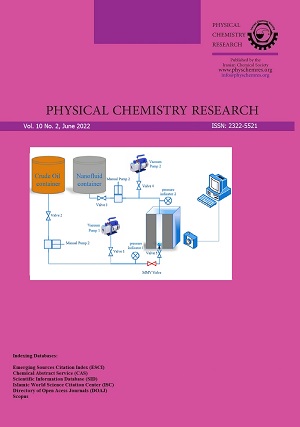